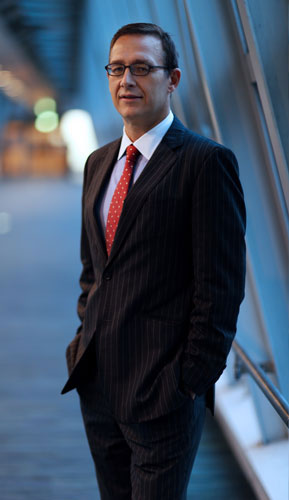 In 2013 Dan Slater founded the Delphi Network, a bespoke business intelligence and relationship-building service based in Tokyo, after four years as the director of the Economist Group’s Corporate Network (ECN). During that time, he won a company prize for designing a new program aimed at Japanese staff working with foreign companies; appeared frequently on CNBC and BBC commenting on the political and economic changes; and almost doubled the number of members. Much of this growth came thanks to a uniquely pro-active series of events after the 3/11 tsunami and earthquake. During this time, Dan and his team stayed in Tokyo and employed his skills as a former journalist to help ECN members with decisions regarding their future in Tokyo, taking into consideration radiation and quake risks, evacuation choices, the political fall-out and the economic consequences of 3/11.

When Dan came to Japan in 2008, he had spent the 12 previous years in China, where he worked as a foreign correspondent and deputy editor for FinanceAsia, the region’s leading finance title. During that time, he focused on some of the most vital and controversial developments in the region, including the evolution of China’s economy, the rise of its private sector, and the unique social atmosphere that accompanied such a transformation. He also met many of China’s most famous and infamous entrepreneurs. Some of these are now dead or in jail, while others have capitalised on their early success and have become respectable and respected businessmen and women.

He holds a degree in Oriental Studies (Chinese) from Oxford University and an MSc in International Relations from the London School of Economics. He speaks Chinese, French and German fluently.